I decided to fly to Panama for a weekend getaway, another one of my crazy ideas which I later regretted as I had passed numerous time zones over three days. Still it was a great experience, and I loved getting to know what the Aeromexico experience would be like. I’d read some negative reviews about the airline online, but during my flights, I didn’t experience any rude staff or have any issues.

The staff at Gate Gourmet in Amsterdam told me that in economy class there is always a chicken or pasta option to choose from on every flight. Outbound for dinner I selected the Chicken Tika Masala, which was a tasty option served with a fresh salad as well as freshly cut fruit. Notice the proper wine glass in economy!

A few hours before landing it was time for breakfast, again some freshly cut fruit, a croissant and scrambled eggs with a hash brown, tomato, yoghurt and broccoli. 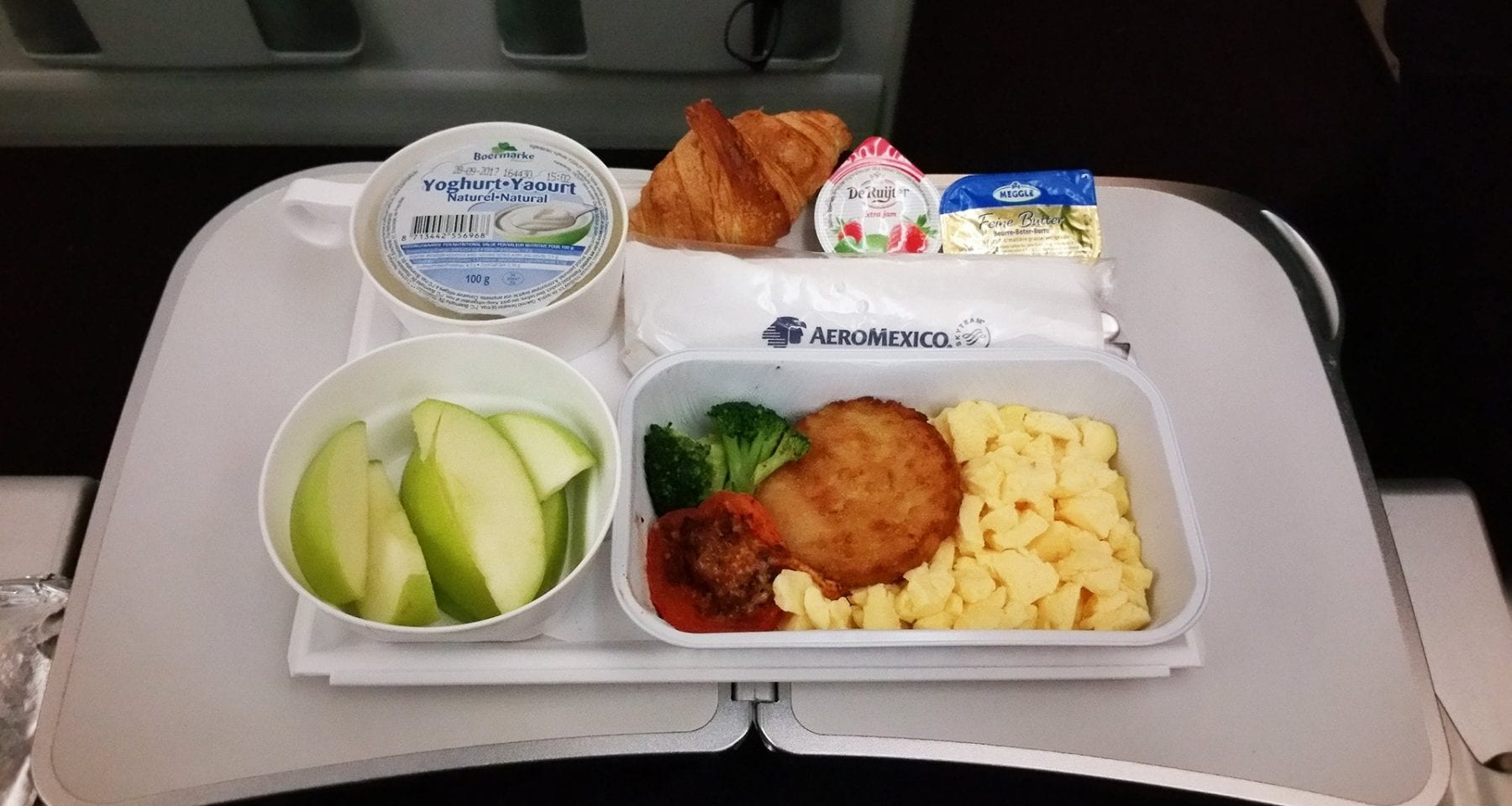 I then had a few hours to waste in Mexico City Airport, so I went to check out the lounge offerings…

At 5 am there weren’t that many people around, but the lounges soon filled up within the next few hours. Food offering was quite basic initially, however as time passed that changed.

Then it was time to catch my chariot from Mexico to Panama!

For this breakfast flight, I had upgraded myself to business class, I thought it would be worth the cost for the 3hr and 30min flight, the extra room was appreciated after a long flight, and the meal was slightly better than the offering in economy class.

There was a choice of a continental option or a hot option; I took the hot option which consisted of an omelette with spinach and black beans, fresh fruit and a croissant (not pictured). The omelette was a little bland, but the rest of the meal was good enough. I thought that the meal option was a bit basic for a breakfast flight, especially in business class. But again that’s me just comparing this to some of the better meal offerings that you get when flying across Europe on some airlines.

Then it was time to relax in Panama and take in the sights, it was a great experience, and I highly recommend visiting if you are ever in that part of the world.

PANAMA TO AMSTERDAM (VIA MEXICO CITY)

From Panama back to Amsterdam I was in economy class, and my flight from Mexico to Amsterdam departed just hours before the earthquake hit Mexico City. Panama to Mexico City was an uneventful flight, with a nice meal offered yet again. This time I chose the pasta dish ( there were two options) plus a second drinks service. The pasta was quite average but edible.

Mexico to Amsterdam consisted of two meal services, which were very similar to the rest of the flights that I had experienced with Aeromexico. From a consistency point of view, the meals on every single flight were consistent; their meals aren’t the best out there, but certainly not the worst either. I would happily fly with the airline again.

Before my flight, I paid a visit to the team at Gate Gourmet on the grounds of Amsterdam Airport. I wanted to get a closer look at the meals and interview key staff for an upcoming article in a magazine that I’m writing. There are always three choices in business class which include: Fish, Chicken or Pasta. Here are a few pictures, enjoy. 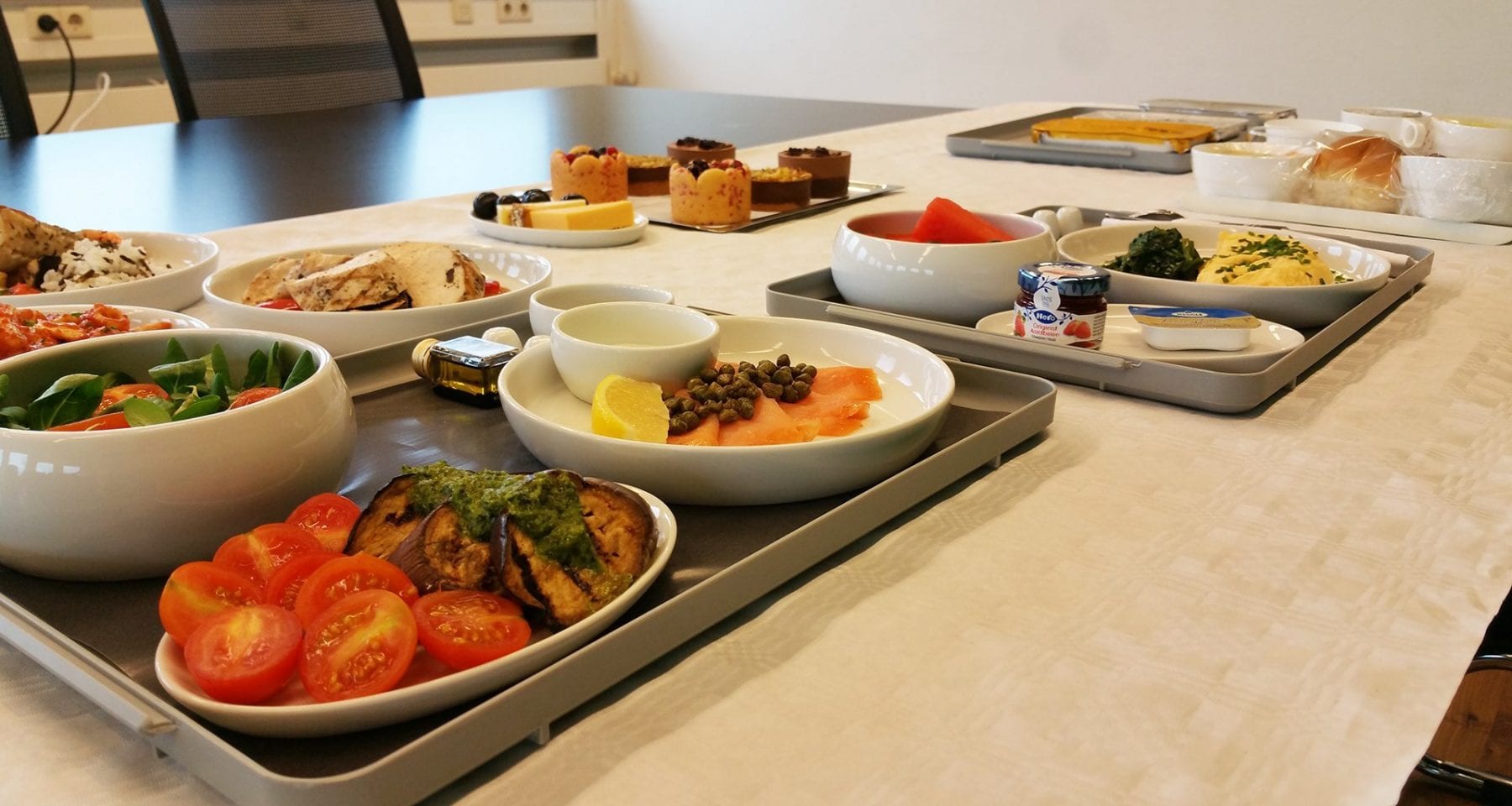 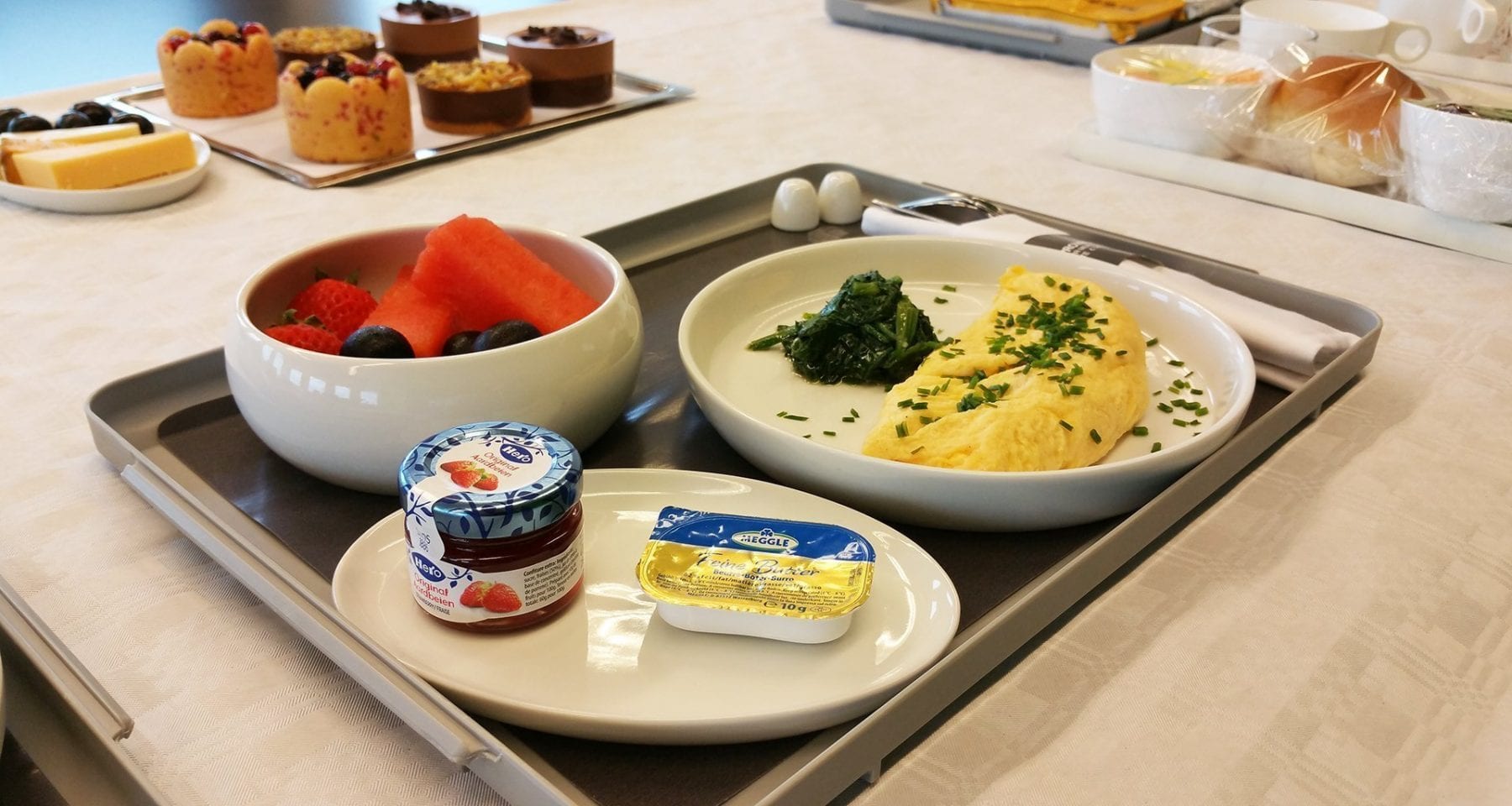