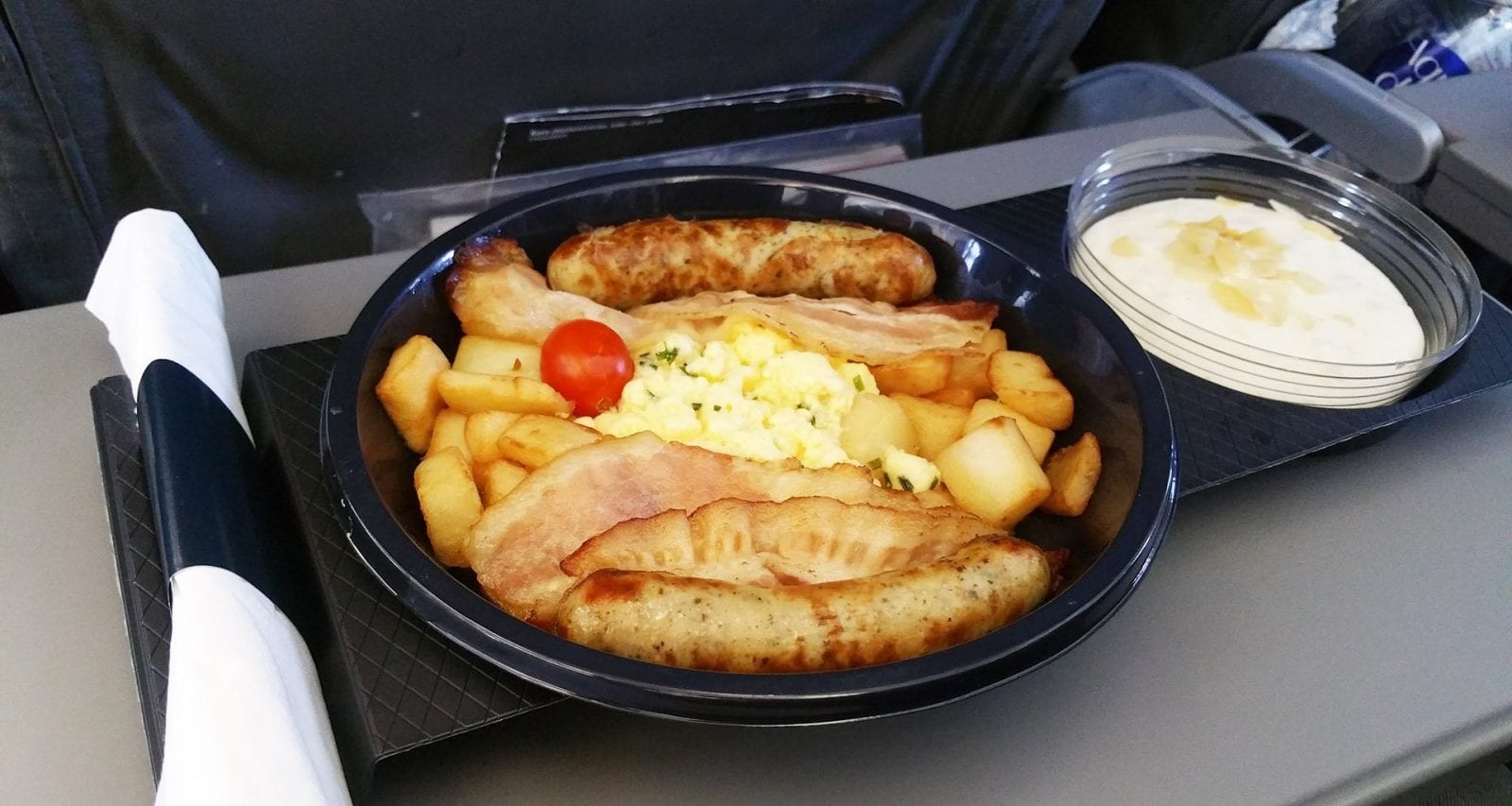 Recently German-based airline Condor launched a new meal concept for economy class passengers. The airline has removed traditional meal trays in favour of a sleek and modern dining concept. I flew from Stuttgart to Corfu and pre-booked my meals when I paid for my ticket. Condor meals are not included for passengers who are travelling to zones 1 and 2.

After takeoff, the cabin crew delivered the meals promptly. The meal tray is a concept called Absolute One created by airline caterer Gate Gourmet. A similar concept is flying on Latam in South America, but it’s a slightly different design. All pre-order meals come with a bottle of water (still or sparkling) plus a hot drink.

The meals that I pre-ordered included the Austrian option (Schnitzel with potatoes) and the UK option (English Breakfast) both came with a dessert of an almond mousse with berries.

The meals were great, I sampled the schnitzel option, and it was quite tasty, and zesty thanks to the slice of lemon provided. My travelling partner loved his breakfast offering, it was a large portion of food and the quality was excellent. We both commented on how sturdy and thick the cutlery was, plastic economy class cutlery can be flimsy making it difficult to cut through food.

Pricing for the breakfast was €9.99, and the schnitzel €11.99, considering it includes water and a hot drink from the onboard menu, it offers excellent value. Overall a nice meal and a neat concept.

Here are some additional photos of the tray.