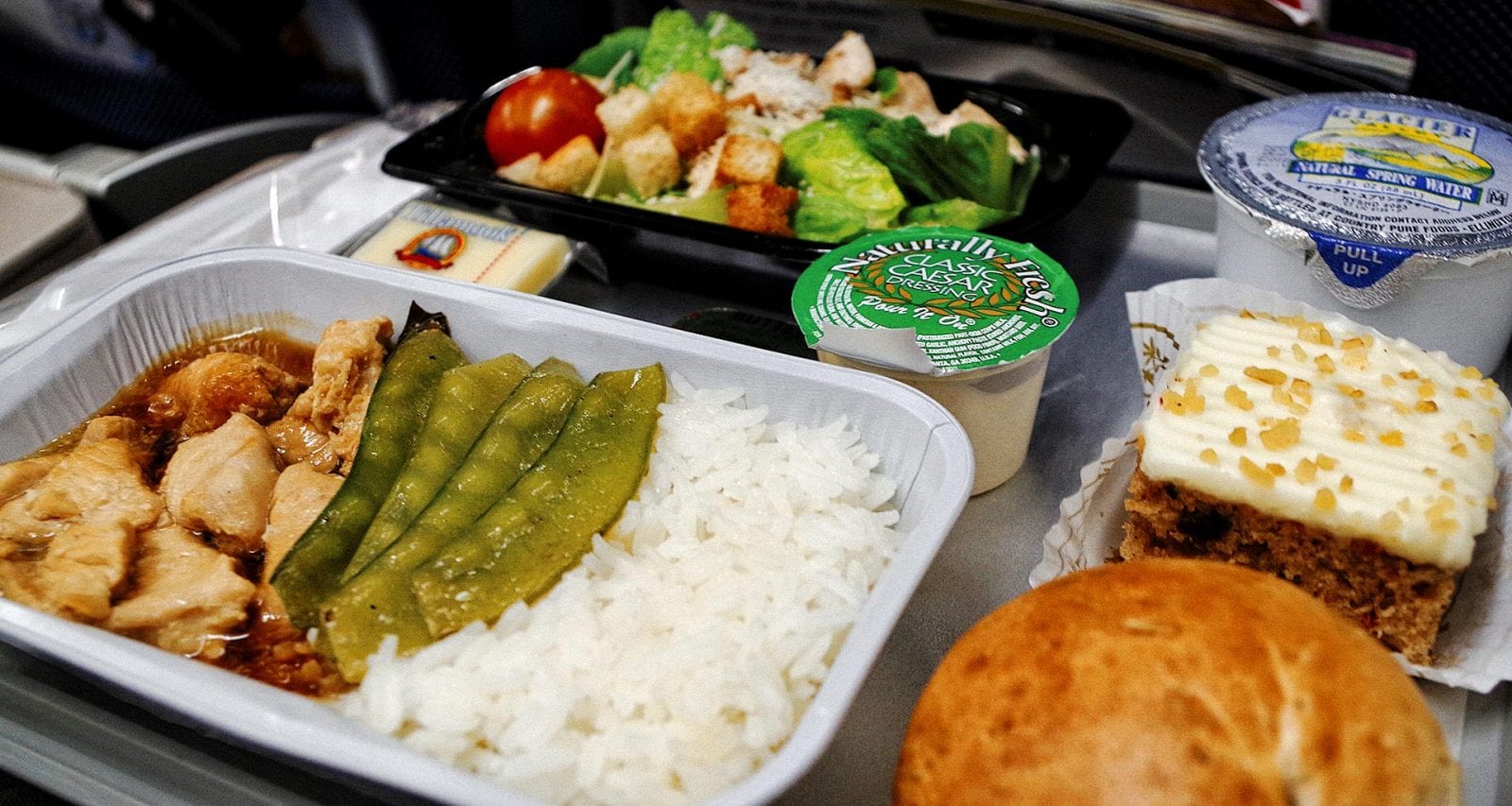 I flew with Brussels Airlines from New York to Brussels in economy class, it was an evening departure and the flight offered a dinner service, followed by breakfast before arrival. On long haul flights, the airline provides complimentary catering, however, on short-haul flights passengers can buy meals inflight.

There was a choice of chicken or fish for tonight’s dinner service in economy class, and I opted for the chicken, which was described as:

A hot meal of chicken pieces in an Asian style sauce with snow peas and rice, a chicken caesar salad, Monterey jack cheese, and a carrot and walnut cake.

The salad portion was surprisingly large for an economy class meal tray and the Asian style chicken was great.

Service from the crew was friendly, and there was a mixture of personalities on this flight. There were crew members who were chatty and re-filling glasses without asking and those who couldn’t get the service done quick enough.

Before arrival, a breakfast box was delivered offering a muffin, a mini Toblerone and a juice. I thought it was a little basic for a breakfast offering; however, it was also a quick flight, and the previous meal was quite filling.

It was a good experience but perhaps healthier breakfast options could be offered.

Eva Air: One of the best business class experiences?