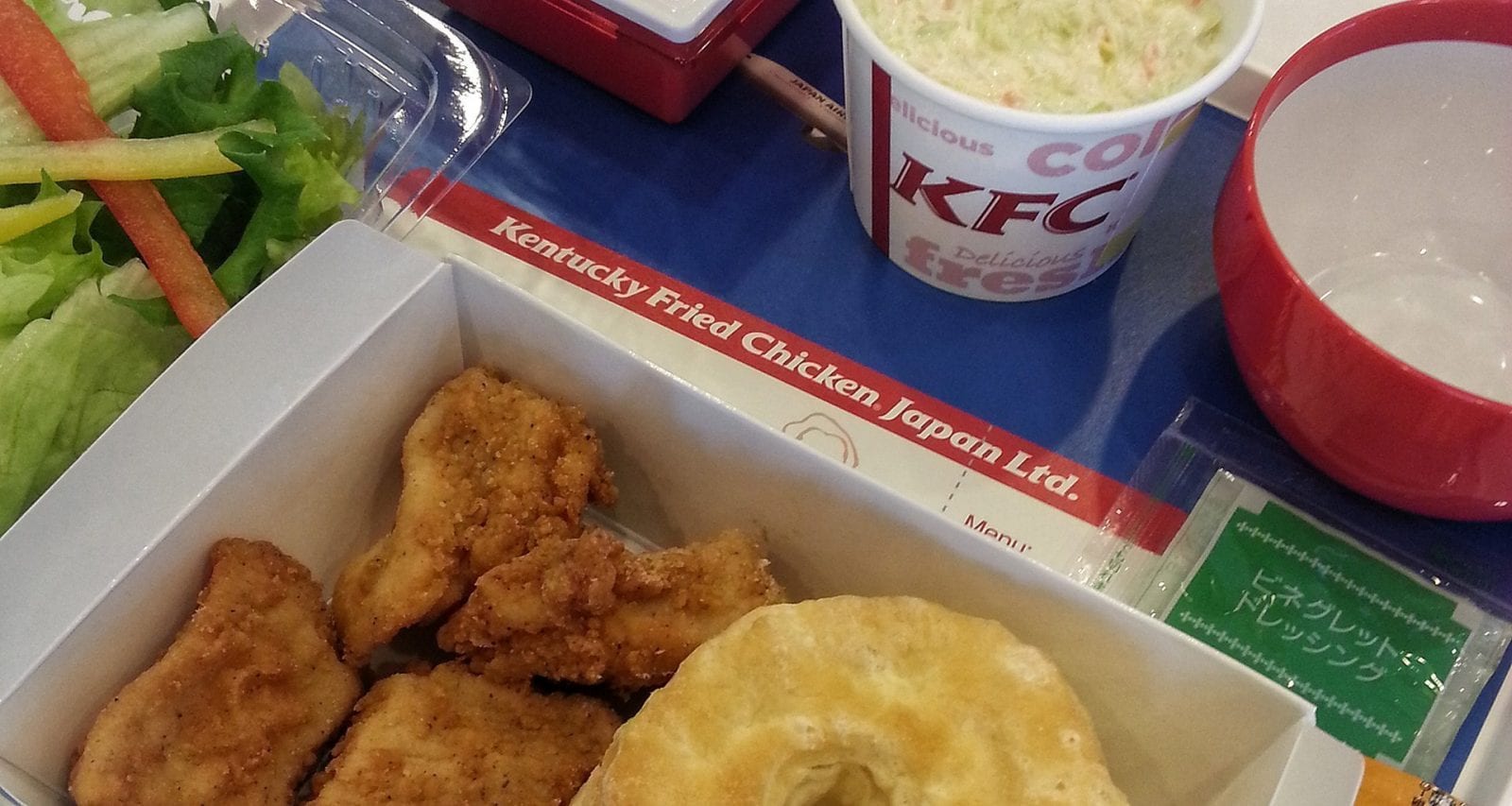 I took a trip recently from Tokyo to Frankfurt in premium economy class with Japan Airlines to sample their second meal service, the famed KFC inflight meal. For the last few years, Japan Airlines has offered economy and premium economy passengers the Air Kentucky Fried Chicken series of meals from November to February.

The meal developed in conjunction with KFC had to be adjusted to suit our tastes at high altitude, additional salt and spices are added to the recipe partly because our sense of taste and smell is reduced at high altitude.

But why KFC and why only at Christmas time? It’s believed that expats in Tokyo couldn’t find Turkeys’ to purchase for their Christmas dinner, instead, they stumbled along the next best thing, KFC. Year after year it became a tradition to buy KFC at Christmas time, and marketers at KFC saw an opportunity for the brand to capitalise on this.

KFC has become synonymous with the holiday season in Japan with people placing their orders months ahead of December.

The meal consists of a fresh salad, chocolate walnut cake, coleslaw, a flakey pastry and of course KFC chicken bites. The meal tasted like KFC, was quite good even if it was slightly oily.

It’s still one of the weirdest inflight meals that I have eaten to date. One that will be remembered with great pleasure and humour.

Malaysia Airlines from Kuala Lumpur to Melbourne i

Hello from Kuala Lumpur airport! Flew in from Pari