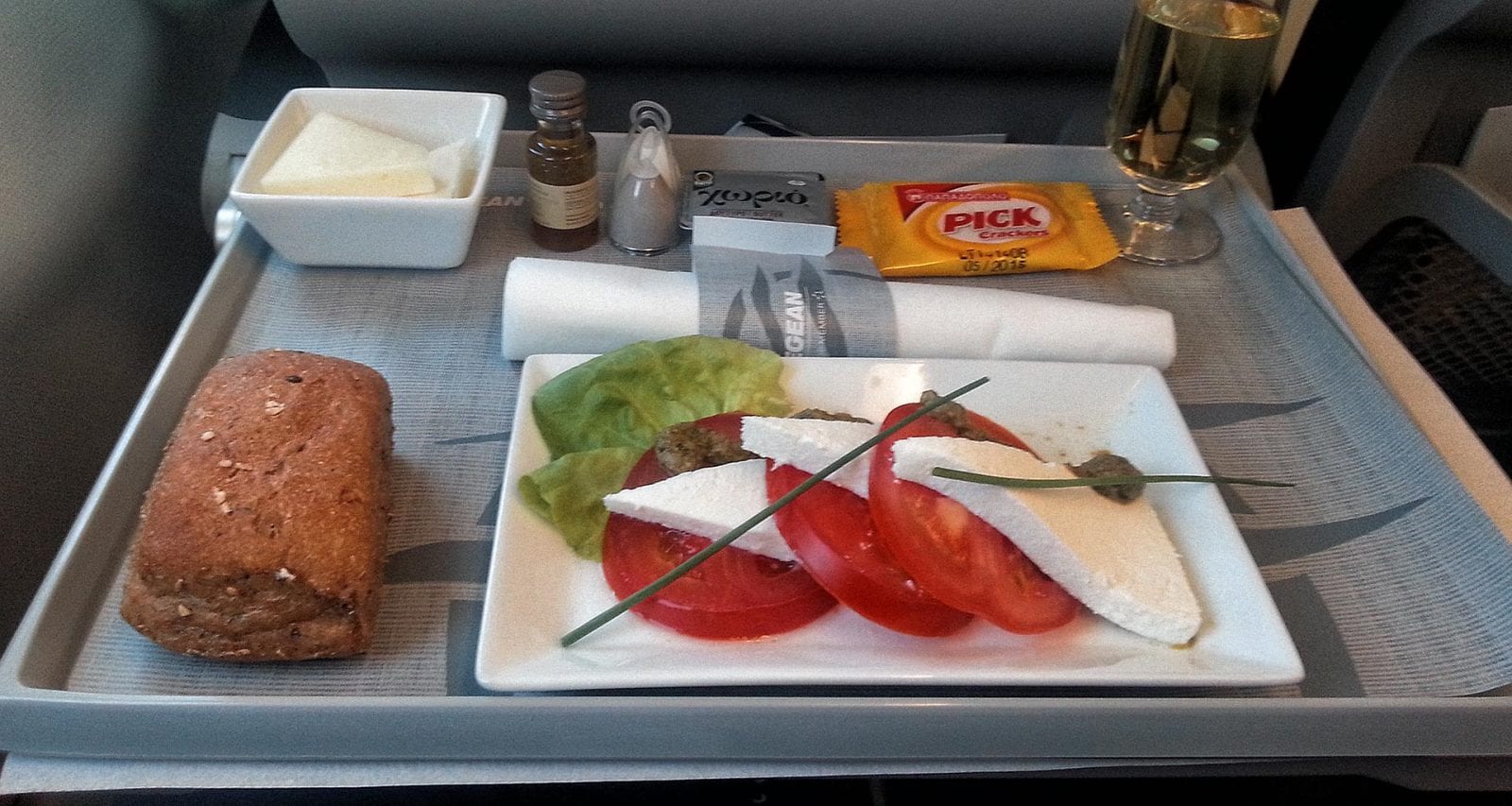 I completed ten sectors with Aegean airlines in economy and business class recently and flights included sectors from Thessaloniki to Frankfurt, Corfu to Izmir, London to Athens, Rhodes to Athens and Athens to Corfu. Here’s a quick rundown on what to expect when flying with the airline domestically and internationally.

These flights are usually quick, however, the airline still manages to offer everyone a choice of snacks and refreshments. Expect a packet of nuts, biscuits, croissants or other similar items.

As airlines in Europe are putting an end to complimentary catering in economy class, Aegean still provides free meals. Most flights will include a hot meal, sometimes with various options. Meals served onboard are traditionally Greek, such as this flight between Thessaloniki and Frankfurt. A Greek pastitsio served with pastelli, a sesame seed and honey snack, from Navarino Icons.

Business-class passengers will enjoy a three-course inflight meal on longer flights across Europe. The airline collaborates with celebrity Greek chefs and wine experts to bring the ‘Taste of Greece’ to business class cabins. On a flight from London to Athens, I enjoyed a cheese and tomato salad with pesto followed by a choice of two hot meals and a trio of desserts.

Aegean offers some of the best inflight meals in business class when flying within Europe.