I feel for the staff at Alitalia at the moment, there’s so much uncertainty there right now. I do hope all works out for them in the end.

I’ve flown Alitalia many times but mainly in economy class on quick hops across Europe and the food offerings were quite small and not worth writing about. However this one is quite the opposite, as I was booked to fly in business class.

I’ve heard great things about the meals on Alitalia, and their pasta dishes in business class are known for their high quality (mainly on flights catered from Italy).

I was thoroughly impressed with the food considering that this flight was just under two hours, service, on the other hand, was somewhat non-existent.

There were no pre-departure drinks, menus, or wine lists on this flight. Right after take off, and without a word from the purser he promptly delivered my meal to me and asked ”Drinks”? I asked for white wine, not knowing what was on the menu and hoped for the best… 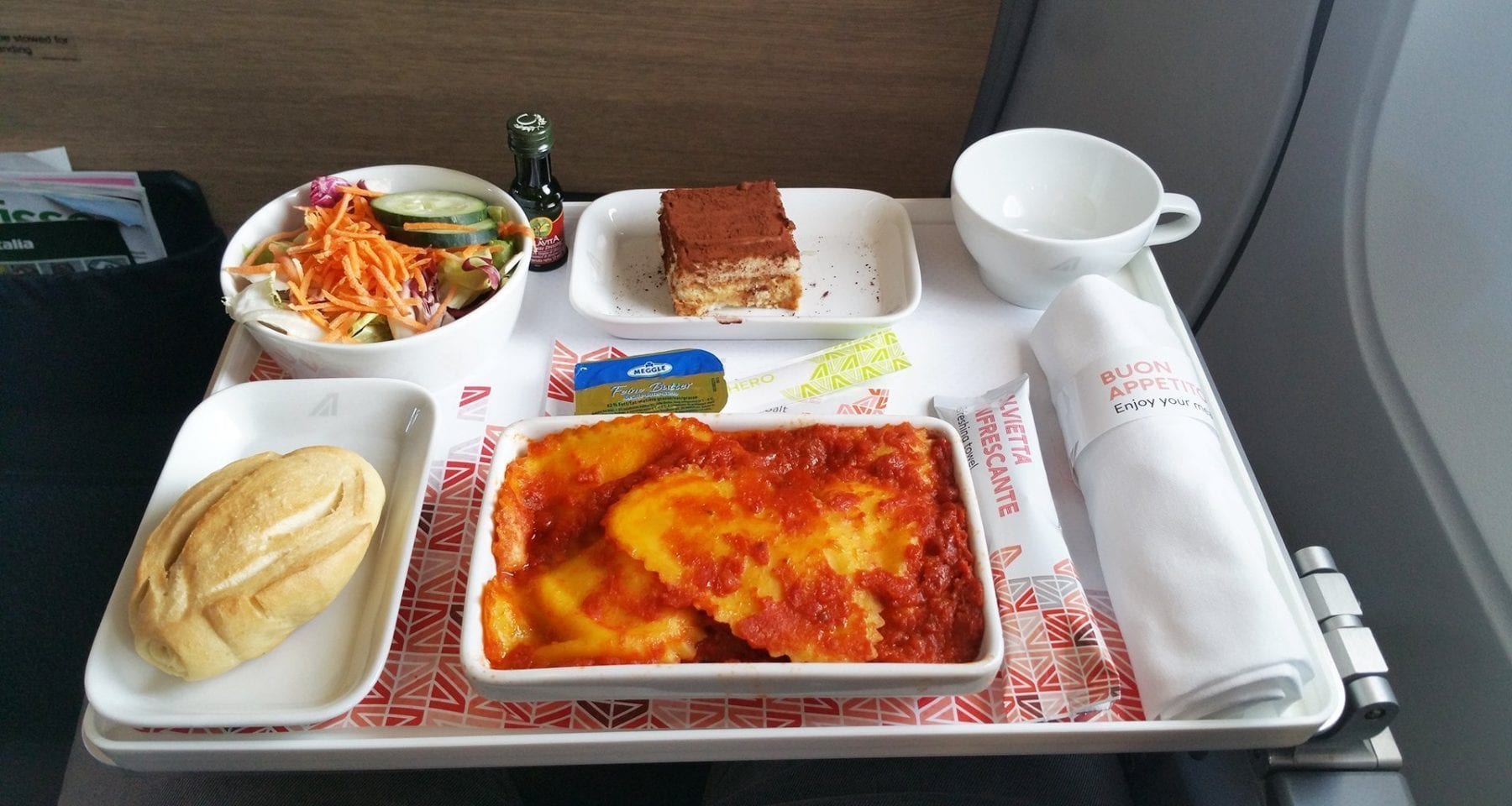 Dinner: Ricotta filled ravioli in tomato sauce served with a side salad and a delicious tiramisu.

What a fantastic meal tray for such a short flight, this is not something that I would have expected to receive. The meal tray is something that you would receive on a long haul flight, and when compared to what the competition offers, this is miles ahead. The pasta wasn’t dry at all, and the tiramisu was divine.

The only thing that was missing on this flight was the customer service aspect, the purser did what he had to do, and that was it — nothing more, nothing less. He didn’t engage much with the passengers at all, but the food was terrific, so that made up for it.