Air Serbia, previously known as Jat, until it joined the Etihad Airways Partners group commenced long-haul operations from Belgrade to New York about 12 months ago. I had been quite keen to sample their economy class product and see what the fuss was about with this re-branded airline. But it wasn’t what I was expecting from an Etihad Airways partner airline at all.

My flights with Air Serbia would take me from Zagreb to Belgrade and then onto New York JFK.

A quick short hop of about one hour, so I wasn’t expecting much here at all. I’m glad my expectations were set quite low. On offer on this short flight a bottle of water and a very stale, completely tasteless plain bread roll.

It started nicely, with cabin crew handing out printed menus for everyone in economy (something many airlines are taking away these days), and I was impressed with having a choice of three different meals. The meal choices for this 8 am departure were:

I asked for the omelette, but the cabin crew member gave me the scrambled eggs. It didn’t bother me, and I didn’t want to ask her to change it as she seemed busy. 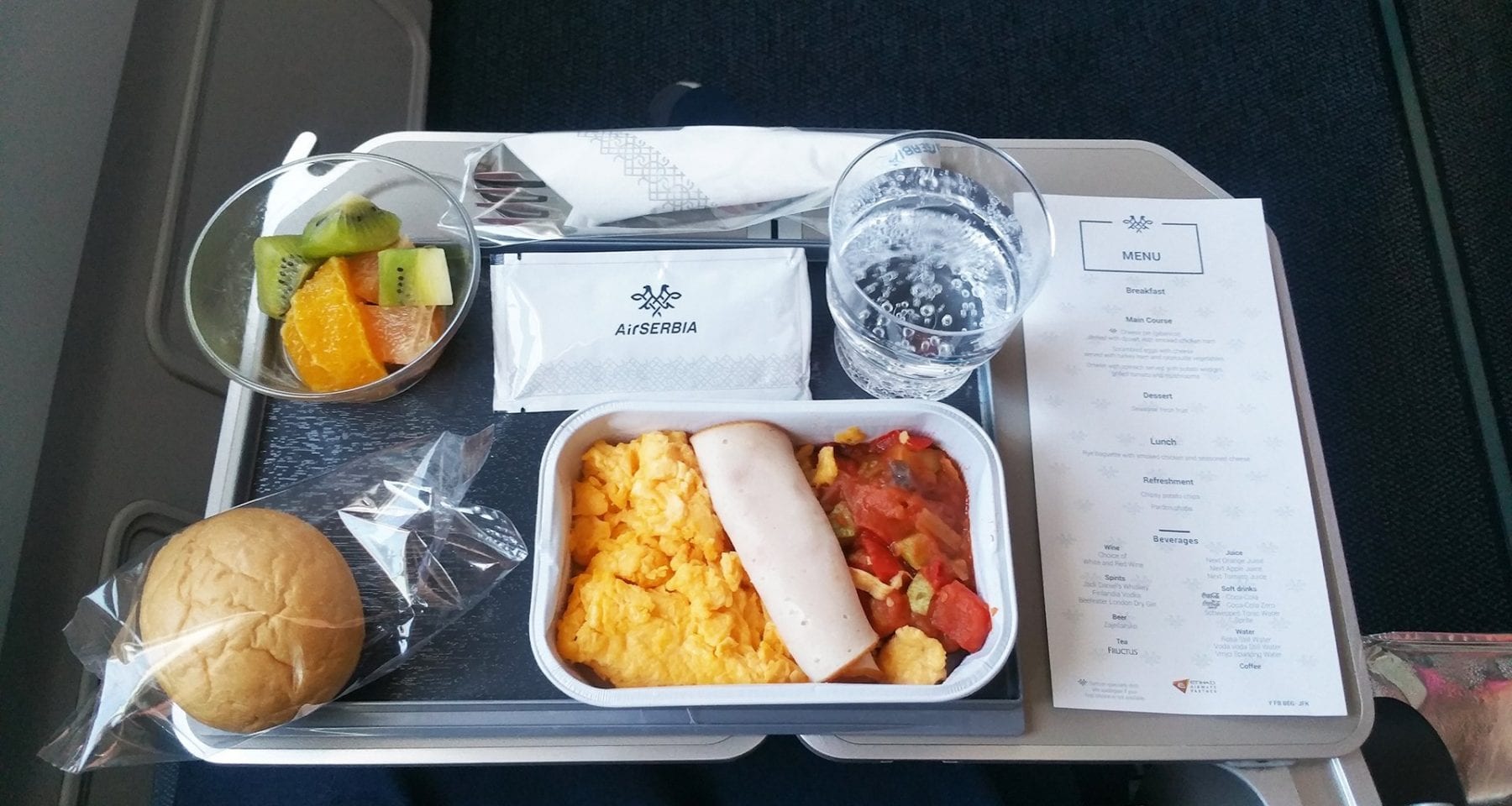 My first impression of my meal was that it seemed quite small, and the quantity of food was definitely below average. This is the type of food you would receive perhaps on a short/medium haul flight on a traditional airline. This was a 9+ hour flight to New York, and I felt it was a very average meal, the eggs were overcooked and felt quite rubbery…

Within a few hours, I was already hungry again; the only options were dry biscuits or crisps. I saw the cabin crew come through the cabin perhaps twice with water during the 4-5 hour break between meals.

About 1.5 hours before landing the cabin crew came through with the second meal service which consisted of a bread roll filled with chicken and cheese. When compared to the first meal disaster it was tastier and a lot better, but still lacking in quantity. 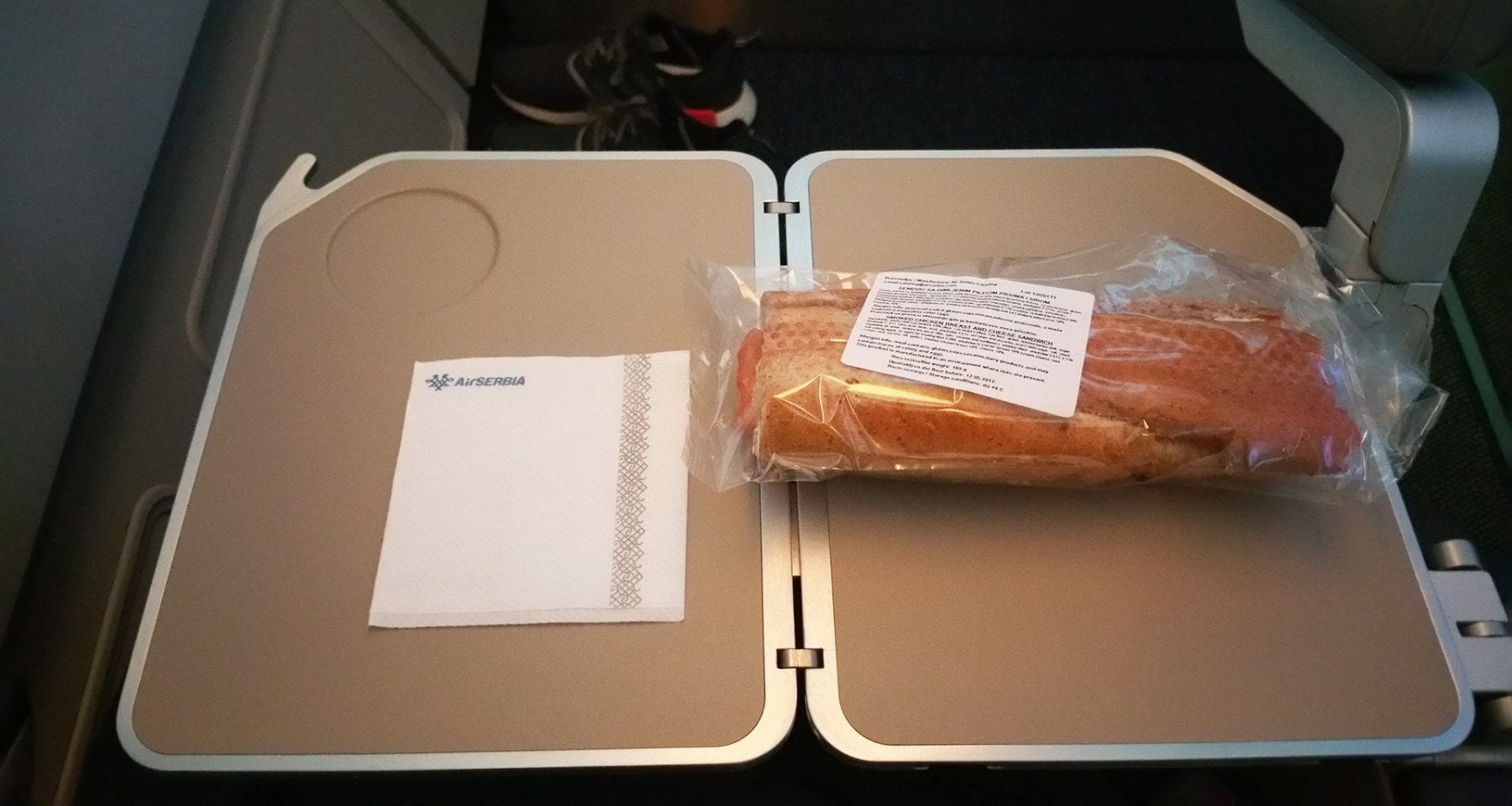 THE BEST PART OF THE FLIGHT?

At least the legroom was great, I was lucky to snag this front row economy class seat, and had no one next to me! 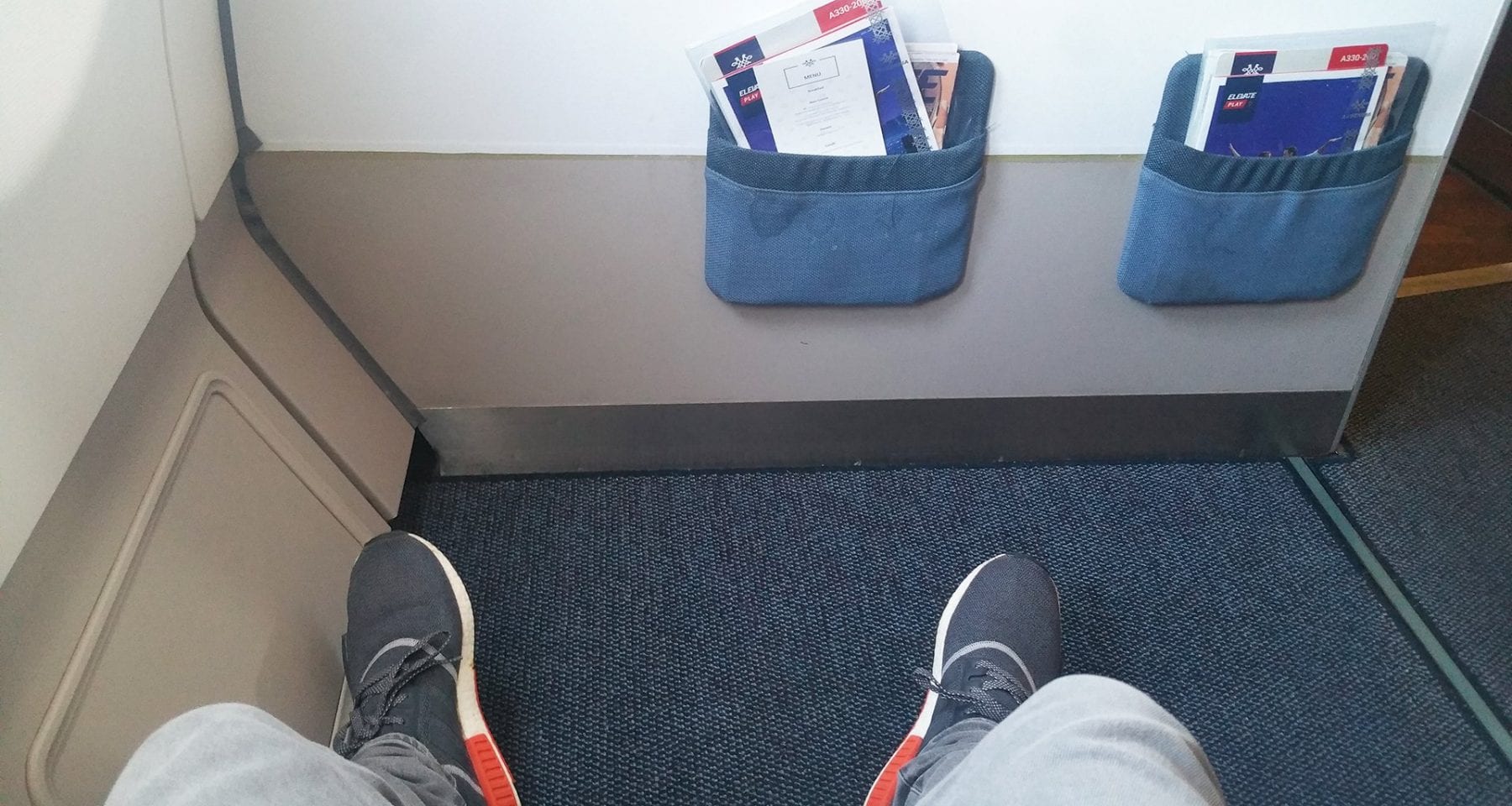 I’m not sure if I would fly Air Serbia again, I feel as though there definitely can be a lot of improvement with their economy class meals. Perhaps things have changed since this review?