Home » What to expect when flying Malaysia Airlines Business Class 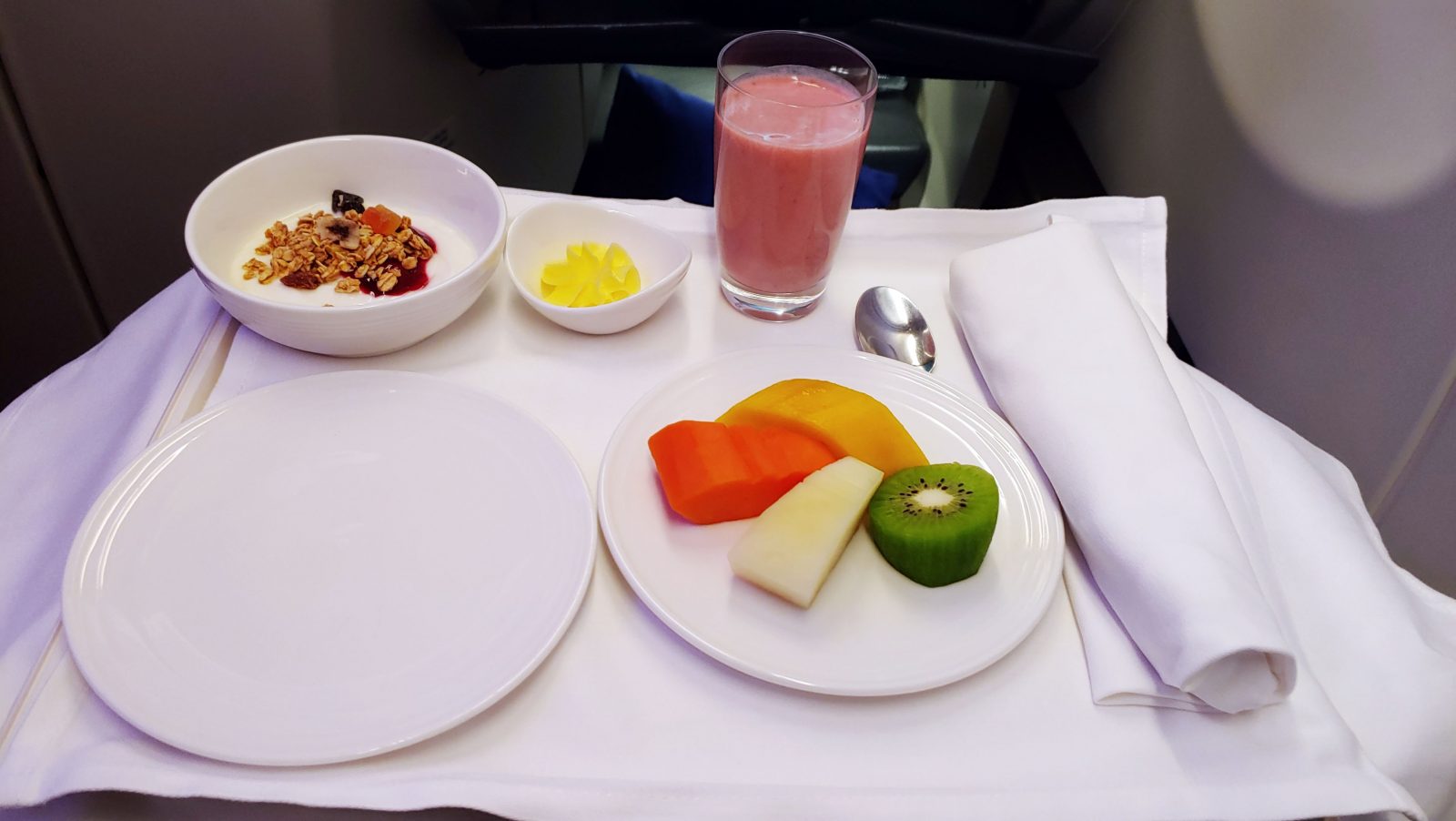 During the last month, I have flown Malaysia Airlines from Kuala Lumpur to Melbourne in business class and on a separate trip from Bali to Manila via KL in economy class. This flight from KL was part of a trip from Paris to Melbourne with Oman Air.

Highlights included the delicious satay service, amazing cabin crew, and many food choices. Did I mention the satay? 😊

In early November, I flew on MH 149, a flight from Kuala Lumpur to Melbourne, taking 7hr and 45min on their A330 aircraft.

As soon as I reached my seat, I noticed the amenity kit and inflight menu.

I was offered a hot towel and a choice of drinks before taking off.

As this was a night flight, the airline offered a dine-anytime supper service followed by a complete breakfast offering.

I was seated in row 7 (the very last row) and wasn’t expecting to be served until last. However, the crew began the service at my row, and the crew served me 10 mins after take off.

I opted for sparking water, and the crew provided a packet of nuts.

Not long after, I pondered which satay to choose and decided upon a mix of chicken and beef.

I adore anything satay, and they did not disappoint; they were just delicious.

On paper, the egg noodles sounded delicious; they presented well; however, as soon as I opened the lid, I could smell the instant noodles. I wasn’t expecting this type of meal. It’s just instant noodles and the crew added protein and vegetables to glam it up.

The dine-anytime menu has limited quantities of food items. If you’re particular about what to eat, I suggest asking the crew to put aside your choice.

I ate some of the protein but hardly touched the rest of the dish and asked for something else to eat. (Most other options had run out!)

Shortly after, I received a tray with some cheese and fruit, which was perfect.

I slept for a few hours and then enjoyed the breakfast service about 1.5 hours before landing.

This time the crew began the service from row 1. Breakfast offered three choices, and I opted for the Nasi Lemak.

I received my tray containing fresh fruit, yogurt, and a fruit smoothie.

Not long after, I received the Nasi Lemak, which was delicious.

Of all the MH flights I have taken recently, the crew on this flight was the loveliest, charming, warm, caring, and friendly.