Call me spoilt, but god I miss the choice of airlines in Europe! I’m currently in Australia, until the European summer at least, maybe a little longer who knows. There are two major airline groups here the Qantas Group (Qantas/Jetstar) and the Virgin Group (Tiger Air and Virgin) in my first two weeks here I already flew on 3 of the airlines listed. I’m still to fly with Tiger, but I hear they do a pretty good pre-order meal, so I am looking forward to taking that flight soon.

Anyway, onto Qantas and Jetstar. I flew them in early January to head to Sydney, and from there onto the Whitsundays. It’s nice to be home, but also to take a closer look at what’s been happening here since I left seven years ago!

Qantas sometimes operate A330’s on their runs between Melbourne and Sydney, so I decided to book onto that aircraft for that flight sector. I had booked onto the lunchtime service flight to see what they serve for lunch; it wasn’t too much, but certainly not a lot either. 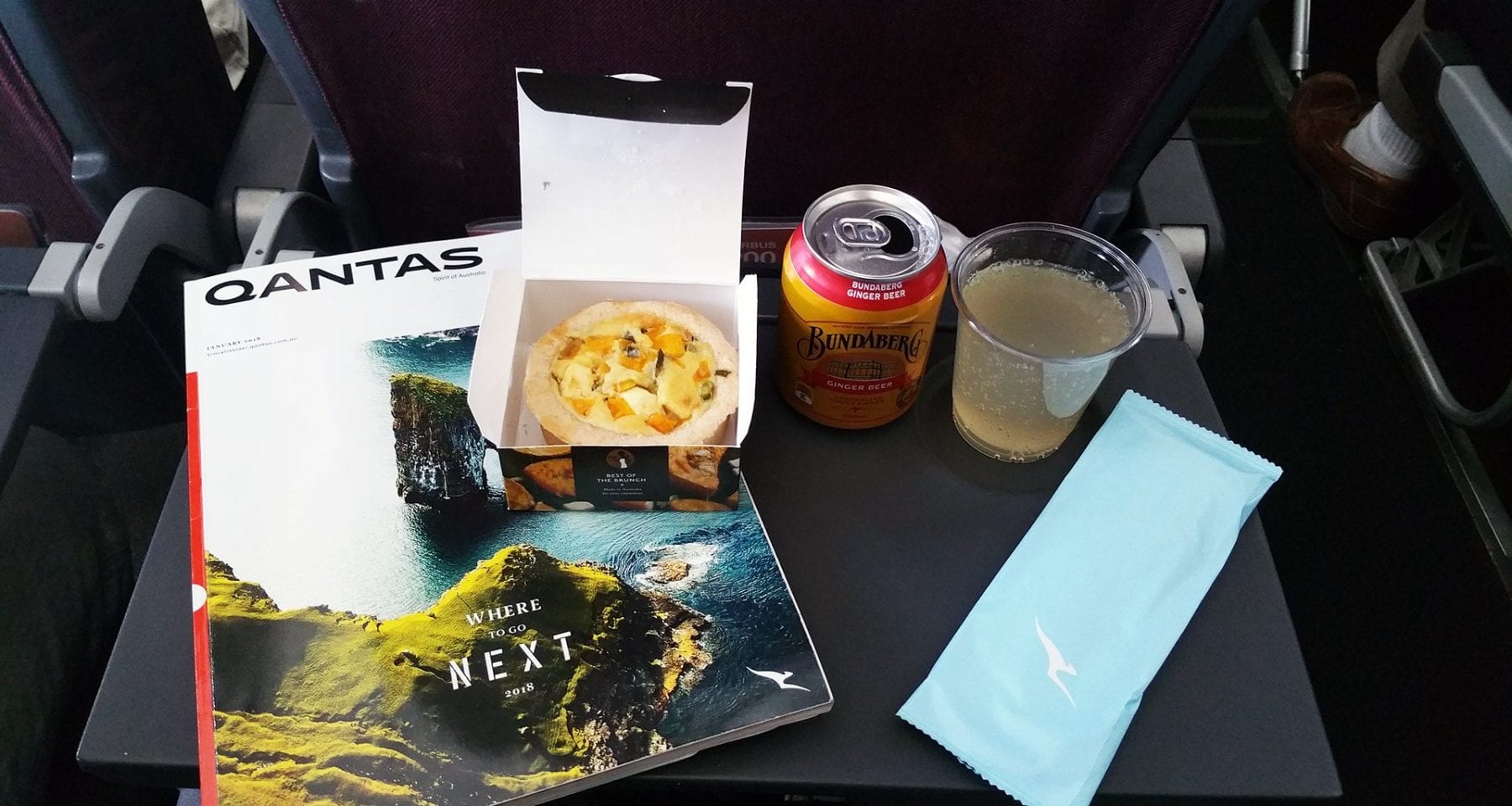 I haven’t flown with Qantas for about ten years, meals and drinks are still free, bonus. The quiche was from an established brand in Melbourne I think, and it was served hot, with a choice of beverages. Not bad for a 1-hour flight, but I missed the days when Qantas used to provide a full meal tray on a Melbourne to Sydney flight (back in the ’90s!). Anyway, the thing I like most about Qantas is the friendliness of the staff, and the genuine empathy showed by the crew.

After a few days in Sydney, it was time to head onto my next destination which was the Whitsundays. For this sector I chose Jetstar, I’ve flown them before, and you can read the reviews right here. I like Jetstar, it’s low cost and friendly, unlike a few of the lcc’s in Europe. 🙂

If you want to eat on Jetstar it’s all paid for, and there’s plenty of choices, but no hot meals. What caught my eye was this article in their inflight magazine which saw them team up with PETA to create some vegan inflight meals, well done Jetstar!

Jetstar has teamed up with Dad’s pies and Sumo salad to offer some pretty decent products. The pies were quite good, and the rice option from Sumo salad was also quite tasty. The prices seemed quite reasonable to me when compared to the Euro currency, everything in Australia is just so expensive, but I didn’t feel that Jetstar was price gouging with their menu at all.

Would be great to see some hot meal pre-orders on shorter flights within Australia, I’m pretty sure people would order them wouldn’t they?