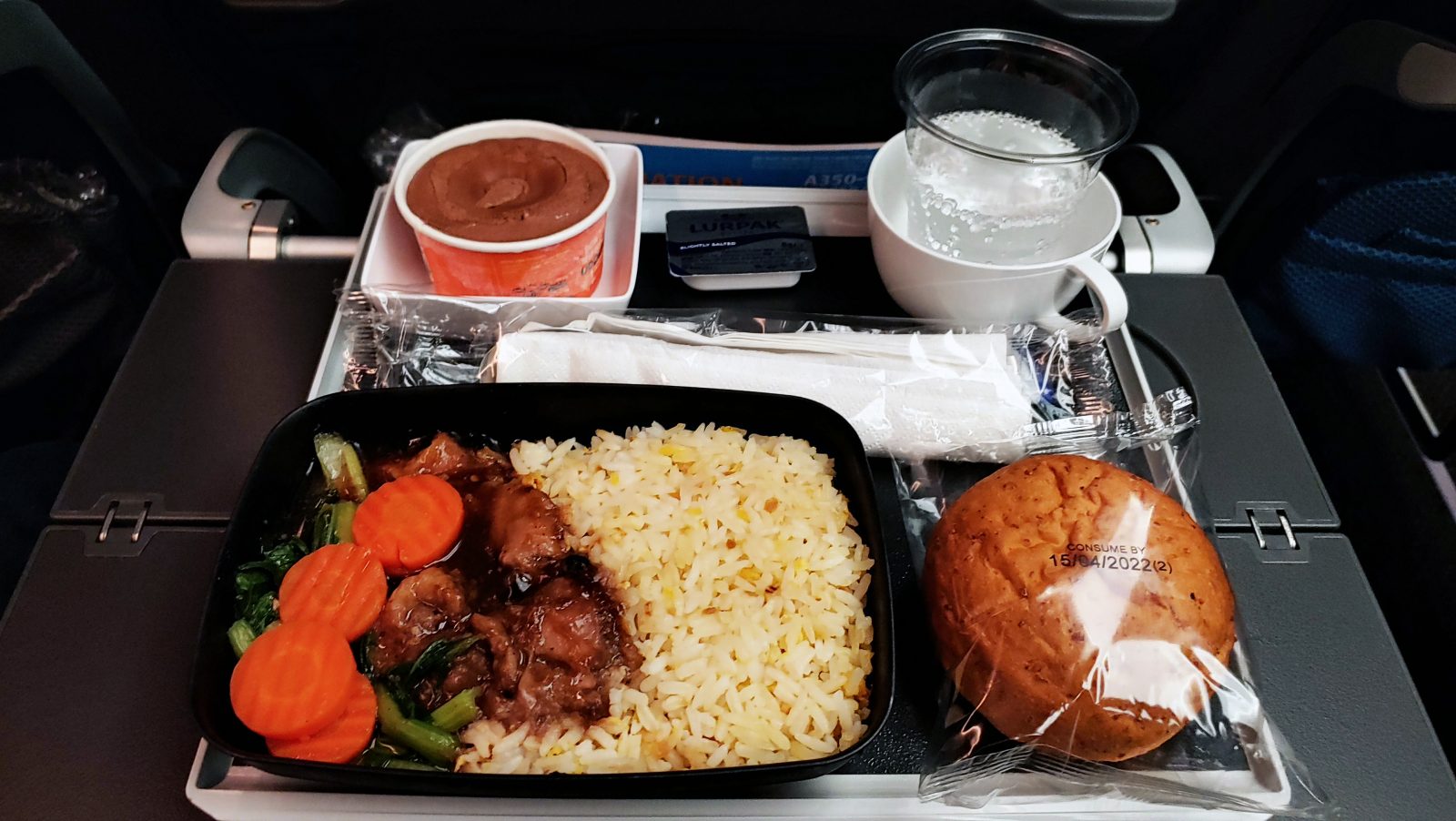 I feel as though Singapore Airlines have cut back many elements that formed part of their signature economy class service. I understand that Covid had a detrimental impact on airlines, and they are doing what they can to reduce further losses and increase profit. However, I dislike it when airlines use Covid as an excuse to make cutbacks, especially in the back of the aircraft.

Airfares are currently at insane levels, airlines have become greedy, and service cutbacks are the norm in the economy class cabin. SQ is no stranger to this phenomenon, as I recently found out on a flight from Singapore to Melbourne in economy class.

First up, I visited the lounge, which was recently renovated. It was a lovely experience and offered an array of food options, and I ordered some noodles and dumplings, which were ready in no time. In hindsight, I am so glad I could access the lounge and eat something before the flight.

SQ227 departs Singapore at 2200 and arrives in Melbourne at 0725 with a flight time of approximately 7 hours. I was expecting two meal services for the flight, perhaps a hot meal before trying to sleep and a light breakfast after waking up. Not long after take-off, the cabin crew distributed the meals.

Perhaps I was a little spoilt by my previous flight with Turkish Airlines; however, I felt SQ had reduced the service considerably in economy class.

The meal was nothing special, a chicken dish with some rice and vegetables, but a decent serving of food. I appreciated the real cutlery, it would have been nice to have a salad/entrée offering or some fresh fruit/dessert rather than ice cream, but that’s my opinion. This offering is basic, and it’s nothing but a cost-cutting exercise and provides no value to the customer.

What shocked me the most was that there would be no second service. The only thing offered for breakfast was an assortment of juices, nothing else! The airline offered snacks in the galley during the flight, such as muesli bars, crackers, and nuts—nothing exciting, no small sandwiches, fresh fruit, or something more substantial.

The last time I flew SQ in economy, there was glassware, nicer trays, and more food. I understand it’s a red-eye flight, but if you wanted something more substantial, too bad. I quizzed the crew about the new service, and they explained that the airline had surveyed passengers about what they wanted inflight. It sounds more like a typical PR response to minimise bad publicity. At the same time, however, it does allow for more rest time; the crew does not turn up the lights and interrupt people sleeping with another meal tray.

However, for this flyer, I walked off the aircraft hungry and questioning why such an airline would make drastic cuts to what is supposed to be one of the best economy class experiences

Malaysia Airlines from Kuala Lumpur to Melbourne i

Hello from Kuala Lumpur airport! Flew in from Pari