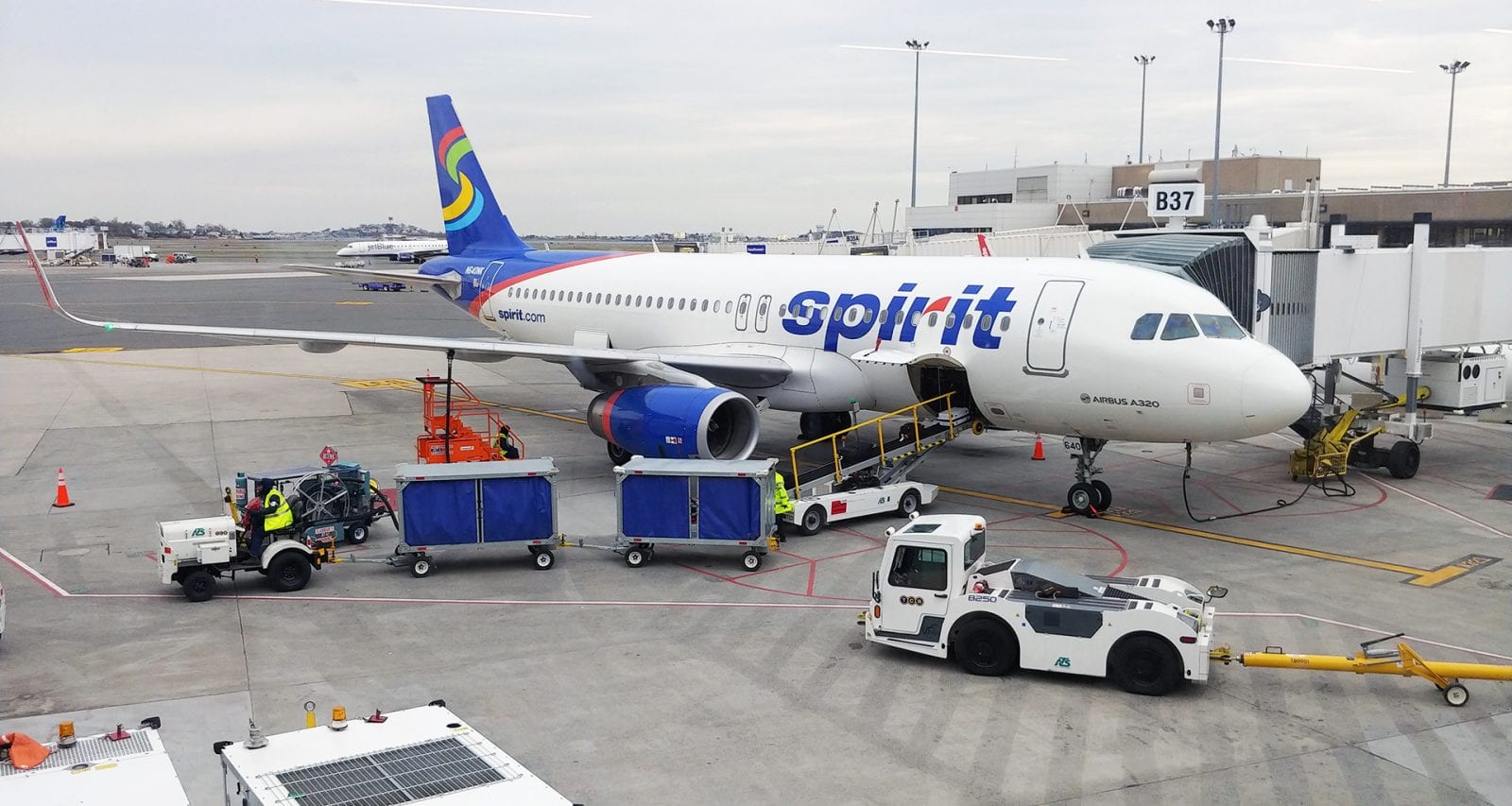 Spirit Airlines is a low-cost airline based in the USA, there’s no free drinks or snacks offered; instead, you can make purchases from the inflight menu. I had flown to Boston with Delta Airlines and was continuing to Atlanta on Spirit, the flight time from Boston to Atlanta was 2.5 hours.

On this flight, I opted to book a big front seat and paid an additional $30 when I booked my ticket online.

These seats are usually in the first few rows of the aircraft and are similar to domestic first-class seats on US-based airlines. The seats offer 36″ pitch and 18.5″ width with 6″ of additional legroom, there’s no food or drink included when you purchase these seats.

The inflight menu does not offer any fresh food options; instead, everything is pre-packaged and shelf-stable. On the plus side, hot drinks are reasonably priced at only USD$2.00 and items such as Pringles, Oreos and muffins are priced at USD$3.00.

One hour after takeoff, the crew commenced the inflight service from row 1 and made their way down the cabin. I ordered a Mai Tai (USD$9.00), a cheese tray (USD$8.00) and a cafe snack box (USD$8.00). I paid a total of USD$25.00 for these three items, certainly not the best value for money.

The Mai Tai was delicious, and I was surprised considering it was a pre-mixed packaged drink, the cheese tray, on the other hand, was quite average. It’s certainly unlike the cheese tray on Alaska Airlines, it’s not fresh and is served at room temperature.

The Cafe Snack Box included five items and was priced similarly to other items sold on competitor airlines. Here’s a look at the box; it contained five snack items.

When interacting with the crew, they never advised what my total would be; instead, the crew member just took my credit card, charged it, and handed it back. The crew pushed inflight sales as much as they could, completing a number of services.

Was it a bad experience? Certainly not, the fare was reasonable and I arrived in a timely manner. Would I fly them again? Sure, if I had to. Would I buy anything onboard again? Probably not.